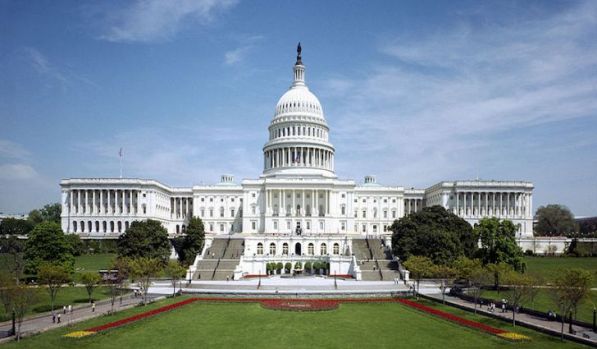 WASHINGTON – Making good on their promise to clean up corruption in Washington and make the federal government work for working people, House Democrats today passed the For The People Act (H.R.1), a large-scale effort to fix the broken American political system by making it easier to vote, ending the dominance of big money in politics, and ensuring public officials work for the public interest.

The proposal includes two measures authored by Democratic Policy and Communications Committee (DPCC) Chair David N. Cicilline (RI-01) – the DISCLOSE Act to bring secret corporate political spending out of the shadows, and the Automatic Voter Registration Act to require states to register eligible voters and make it easier for young people, working people, and minorities to make their voices heard at the ballot box.

“Democrats are committed to fixing what’s wrong in Washington. It is long past time to reform our broken system and return government to the people,” said Cicilline. “This is a bill that rises to the challenges we face. I am proud that I worked with Congressman Sarbanes to include critical legislation that empowers working people and reduces the influence of big corporations. Now that the House has taken action, it’s time for the Senate to do its job. Mitch McConnell needs to stop standing in the way of progress and bring this bill to the floor.”

If passed into law, the For the People Act will transform the American political system. The bill fixes what’s wrong in politics today by:

·         Reducing the role of dark, special interest money in politics: ending the dominance of big money in our political system by requiring transparent disclosure of big-money contributors and special interests; creating a powerful matching system for small donations that amplifies citizens’ voices in politics and breaks the special interest stranglehold on Congress; pushing back on Citizens United ; and strengthening oversight of campaign finance by tightening rules on super PACs, empowering the Federal Election Commission’s enforcement abilities, and repealing GOP rules that prevent government agencies from requiring commonsense disclosure of political spending.

·         Making it easier, not harder, to vote: improving access to the ballot box by combatting institutional barriers to voting, creating nationwide automatic voter registration, ensuring that individuals who have completed felony sentences have their full rights restored, expanding early voting and absentee voting, and modernizing the U.S. voting system; by building the constitutional record necessary to restore the Voting Rights Act; and by prohibiting voter roll purges and ending partisan gerrymandering.  H.R.1 also protects our election systems from attack by enhancing federal support for voting system security, increasing oversight over vendors and developing a national strategy to protect our democratic institutions.

·         Restoring ethics and integrity to Washington: breaking the influence economy in Washington and increasing accountability by expanding conflict of interest law and divestment requirements, slowing the revolving door, preventing Members of Congress from serving on corporate boards and requiring presidents to disclose their tax returns.  H.R.1 also strengthens ethics enforcement by closing loopholes for lobbyists and foreign agents, empowering watchdogs, overhauling the Office of Government Ethics and creating a code of ethics for the Supreme Court.

John Marion, executive director of Common Cause Rhode Island, added, “American democracy faces many challenges: our campaign finance system allows special interests to have a megaphone, drowning out ordinary citizens; gerrymandering decides the outcome of elections before the first vote is cast; the revolving door spins faster and faster,” said John Marion, executive director of Common Cause Rhode Island. “H.R. 1, the For the People Act, is the biggest, boldest democracy reform package introduced since the Watergate era. Using many policies pioneered right here in the Ocean State like automatic voter registration, and strong disclosure of independent expenditures, it would restore the rule of law, empower voices of all Americans, and strengthen the right to vote for all eligible Americans. We commend Congressman Cicilline for his work on the For the People Act.”

Cicilline worked with the bill’s author, Congressman John Sarbanes (MD-03) to include the DISCLOSE Act in H.R.1. The DISCLOSE Act, which Cicilline and Senator Sheldon Whitehouse (RI) have introduced, takes a number of steps to ensure disclosure of dark money spending.  Among those steps is a requirement for organizations spending money in elections – including super PACs and certain nonprofit groups – to disclose promptly donors who have given $10,000 or more during an election cycle.  The bill includes robust transfer provisions to prevent political operatives from using layers of shell corporations and front groups to hide donor identities.  Among new features of the bill is a “stand by your ad” provision requiring corporations, unions, and other organizations to identify those behind political ads – including disclosing an organization’s top five funders at the end of television ads.

“This historic bill is a major moment for our country,” said Democracy Reform Task Force Chair Rep. John Sarbanes. “It’s a signal that Democrats stand with the American people – Democrats, Independents and Republicans alike – who are fed up with our broken political system and who are tired of the status quo in Washington, where wealthy donors and corporate special interests call the shots. H.R. 1 will completely rebalance power in our nation’s capital, putting everyday Americans back in charge. The For the People Act will fight back against corruption in Washington, establish clean and fair elections, end the dominance of big money in our politics and ensure the right to vote.”

The DISCLOSE Act protects against foreign spending in American elections.  Under current law, foreign nationals and foreign corporations are prohibited from engaging in any election spending.  However, domestic companies with significant foreign ownership are not subject to the same restrictions, and dark money channels are available to foreign interests.  The DISCLOSE Act would prohibit domestic corporations with significant foreign control, ownership, or direction from spending money in U.S. elections.

The bill also includes provisions to crack down on shell corporations by requiring companies spending money in elections to disclose their true owners, so election officials and the public know who is behind the spending.

“Congratulations to my colleague Congressman Cicilline on getting the DISCLOSE Act passed in the House as part of the For the People reform package,” said Senator Whitehouse.  “Corporations and wealthy donors have overwhelmed our democracy with anonymously funded influence campaigns since the Supreme Court’s disastrous Citizens United decision.  Every Democrat in the Senate supported DISCLOSE last year, and I look forward to introducing it again this year so that we can take back our country from the special interests and foreign actors who seek to exploit our lax campaign finance system.”

In addition, H.R.1 also includes Cicilline’s Automatic Voter Registration Act, which amends the National Voter Registration Act of 1993 to require that States ensure anyone who provides identifying information to the State motor vehicle authority is automatically registered to vote in that State. The bill improves on current law by shifting the burden for registering to vote from the individual to the State – ensuring that more eligible voters are able to make their voices heard. Existing Federal statutes only require that States give citizens the option to register to vote when providing information to a State motor vehicle registry.

Under the Automatic Voter Registration Act, citizens who do not wish to register to vote will be given a 21-day period to opt out of voter registration. Similarly, individuals who do not meet eligibility requirements will not be registered.

Cicilline’s proposal comes at a time when some policymakers are actively working to restrict access to voting rights. Lawmakers in Ohio recently enacted several new laws aimed at making it more difficult to vote by limiting early voting hours and opportunities to cast an absentee ballot. In 2013, the Supreme Court of the United States invalidated key provisions of the Voting Rights Act of 1965. Observers have noted that these and other restrictions on voting rights disproportionately affect poor, minority, urban voters.

Last November, the American people put Democrats in control of the U.S. House based on their pledge to work For The People – a message that Cicilline crafted in his role as co-chair of the DPCC, along with Congressman Hakeem Jeffries and Congresswoman Cheri Bustos – by cleaning up corruption, raising wages, and lowering costs.