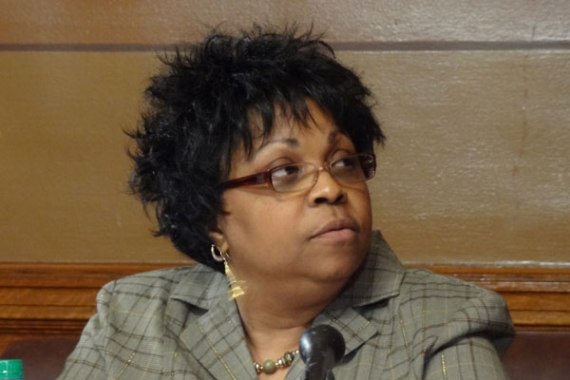 STATE HOUSE – Rep. Anastasia P. Williams’ (D-Dist. 9, Providence) legislation (2019-H 5125A) that codifies in state law the privacy rights and reproductive freedoms guaranteed by the United States Supreme Court in the case Roe v. Wade and its constitutional progeny was passed by the House of Representatives tonight.

The vote for passage was 44-30 in support of the legislation.

“I commend the House of Representatives for sending a clear message today that we as a state will not cower in the face of threats at the national level and that Rhode Island will stand strong in protecting women’s access to critical reproductive services.  Due to this bill, Rhode Island will remain resolute in ensuring a woman’s privacy in making her own health care decisions and we will not turn back the clock on decades of progress for female reproductive health equality,” said Representative Williams.

Representative Williams’ bill, the Reproductive Privacy Act, is a strict codification in state law of the rights guaranteed by the Supreme Court in Roe v. Wade and subsequent cases.  It expressly bans and prohibits all late-term abortions except when necessary for the life or health of the mother.  The bill also adds new language confirming the federal statute which bans partial birth abortion and affirms that partial birth abortion will remain banned in Rhode Island.

“We were all proud to cosponsor this legislation when Representative Williams introduced the bill and we are grateful for the House’s decision to pass this important piece of legislation that protects the freedom, privacy, and reproductive health of Rhode Island’s women,” said the House cosponsors of the legislation.

The legislation received the support of the Coalition for Reproductive Freedom, which is comprised of Planned Parenthood, the Women’s Fund, the ACLU, the Coalition Against Domestic Violence, and several other groups.

The legislation now heads to the Senate for consideration.