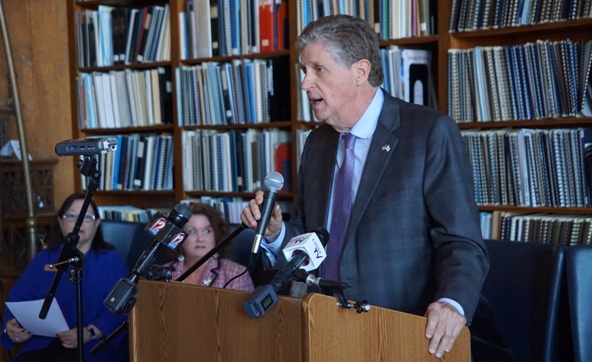 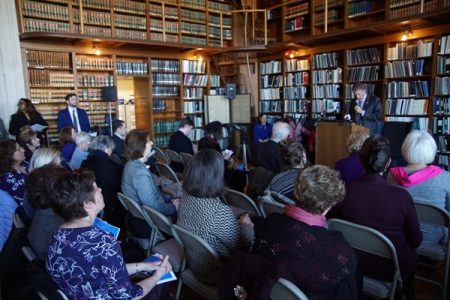 Under Lt. Governor McKee’s leadership, Splaine Consulting, the Alzheimer’s Association Rhode Island Chapter and members of the Lt. Governor’s Alzheimer’s Executive Board launched a community-focused strategy to update the State Plan. Together, the group held 23 town hall meetings, conducted 45 expert interviews and surveyed over 200 Rhode Islanders impacted by the disease.
Outreach efforts resulted in over 30 recommendations featured in the State Plan including:
“Alzheimer’s disease is one of the most challenging public health issues facing Rhode Island today. With the number of affected Rhode Islanders projected to rise to 27,000 by 2025, elected leaders, advocates, caregivers, clinicians and researchers must come together to take unified, targeted action,” said Lt. Governor McKee. “Our update to the State Plan on Alzheimer’s Disease and Related Disorders will provide Rhode Island with the framework to cooperatively address the full range of issues surrounding Alzheimer’s and other dementias. I look forward to working with leaders across the state to ensure that Alzheimer’s patients get the best care and treatment and that their loved ones have the supports and resources they need. I hope our plan will also position the state, local small businesses and non-profits to take advantage of federal and other funding opportunities aimed at fighting Alzheimer’s disease.”
“Now more than ever, it is important that our state supports a comprehensive plan that will help us better address Alzheimer’s disease in Rhode Island. I look forward to working with members of the House to begin the collaboration necessary to move us forward in fighting Alzheimer’s and other dementias,” said Representative Mia Ackerman.
“Alzheimer’s impacts tens of thousands of Rhode Islanders, and we need a coordinated strategy to improve education among the public and training for providers, and to promote research opportunities. This plan provides a framework to bring positive policy change where it is needed. I look forward to a thorough review of this plan in the Senate,” said Senator Cynthia Coyne.
“We are proud of the work that this team of professionals and state officials have accomplished in putting this plan together, and its implementation will help provide an infrastructure for services and resources for those effected by this disease that is sorely needed. By 2050, along this trajectory, Alzheimer’s will be the leading cause of death in this country, and it is the only leading cause of death that cannot be prevented, cured or slowed. It is a public health crisis here in Rhode Island and the United States,” said Donna McGowan, Executive Director, Alzheimer’s Association Rhode Island Chapter.
The State Plan is the result of a collaboration between the Lt. Governor’s Office, the Alzheimer’s Association Rhode Island Chapter and the Division of Elderly Affairs. In 2012, the General Assembly directed the Lt. Governor’s Long-Term Care Coordinating Council to serve as the organizational umbrella for a work group that oversaw the State Plan’s development. In 2013, the original State Plan was published noting the need for an update in five years.
The updated State Plan can be viewed at www.ltgov.ri.gov/alz.
Alzheimer’s Association Rhode Island Chapter, Alzheimer’s disease, Lt. Gov. McKee, Lt. Governor Daniel McKee