US Lawmakers Address Global Concerns Ahead of Trump Speech 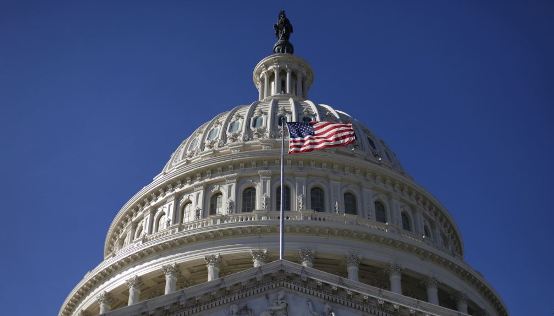 CAPITOL HILL — From Russia to Venezuela, U.S. lawmakers highlighted weighty global concerns and American foreign-policy challenges on the eve of President Donald Trump’s State of the Union address to Congress.

A top Democrat on Monday savaged Trump’s handing of matters on the world stage.

“Tomorrow, the president will say, predictably, that the state of our union is strong,” Senate Minority Leader Chuck Schumer of New York said. “But the truth is … the state of the president’s foreign policy is incoherent, inconsistent, cynical in the extreme, and has undermined American power and our national interest.”

Schumer added, “Russia, China, North Korea — three of the worst and least democratic countries on Earth, the countries that pose the greatest threat to America — they are treated with kid gloves, while our allies, like those in NATO, get harsh words from this president. It’s inside-out, it’s topsy-turvy.”

Not so, according to Nebraska Republican Sen. Deb Fischer, who pointed to the Trump administration’s decision to withdraw the United States from the 1980s-era Intermediate-Range Nuclear Forces Treaty with the former Soviet Union, calling it a “tough but correct” decision.

“The administration is right to leave the agreement, and responsibility for the failure of the INF Treaty lies squarely with Russia,” Fischer said. “The United States must now take additional steps to ensure that Russia derives no military advantage from its blatant violation of this accord. We must impose costs on Russia. Again, they are building banned weapons systems. We are not.”

Trump’s decision, which he is likely to highlight in the foreign policy portion of Tuesday’s address, has sparked grave concerns from Democrats.

“I have no doubt that Russia is in violation of the INF Treaty,” Democratic Sen. Chris Coons of Delaware said in a statement. “I am concerned, though, that the Trump administration’s decision to withdraw from the treaty without a clear plan for bringing Russia back into compliance will lead to a new arms race and endanger the people of the United States and Europe.”

Trump is preparing his speech weeks after announcing a planned U.S. troop withdrawal from Syria, hailing progress in the fight against Islamic State.

On Monday, the Senate continued to debate a Middle East policy bill, including a Republican amendment expressing concern over precipitous military withdrawals from Syria and Afghanistan.

“We simply cannot afford to leave a vacuum in places where terrorists … can lodge, grow, train, and then export their terrorist attacks,” Texas Republican Sen. John Cornyn said, urging the administration “not to take our foot off the gas pedal” in the fight against violent extremists.

“We stand with you @realDonaldTrump! Time to declare victory, end these wars and focus on rebuilding our own homeland. Don’t listen to the naysayers in the swamp, you are making the right decision!” Paul tweeted.

Democrat Chris Murphy also opposes the amendment, but for very different reasons. On Twitter, the Connecticut senator urged his colleagues to “read every word of the amendment,” adding that he fears open-ended troop commitments in the Islamic world will lay the groundwork “for an unauthorized war with Iran.”

Turmoil in Venezuela is also on lawmakers’ minds, with members of both parties broadly standing behind the Trump administration’s embrace of opposition leader Juan Guaido.

Many Democrats are satisfied with Trump’s steps regarding Venezuela, but add a note of caution.

“The United States must use all of its economic and political tools to continue supporting the restoration of democracy in Venezuela,” New Jersey Sen. Bob Menendez, the top Democrat on the Foreign Relations Committee, wrote in an opinion piece for the Miami Herald newspaper. “However, it would be a huge mistake for the Trump administration to miscalculate in any way, leading to a military intervention involving U.S. troops.”

Menendez added, “Such a move, while Trumpesque in its fire and fury, would be a death blow to the very credibility of Venezuela’s burgeoning democratic movement. The freedom of the Venezuelan people can only come from their own hands.”