Langevin, Bass Put Local Delicacies on the Line for this Sunday’s Super Bowl 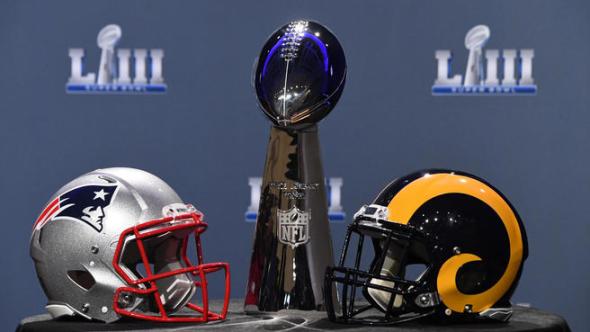 WASHINGTON – U.S. Congressman Jim Langevin (D-RI) and U.S. Congressmember Karen Bass (D-CA) are putting some skin in the game this Super Bowl Sunday. The two lawmakers have announced a friendly wager on the outcome of Super Bowl LIII, which will feature their respective home teams, the New England Patriots and the Los Angeles Rams.

Langevin and Bass agreed to put up a favorite, local celebratory drink for the bet. If New England is victorious, Bass will present Langevin with a bottle of California’s finest wine. Should Los Angeles prevail, Langevin will provide Bass with a gift basket from Sons of Liberty, an award-winning distillery located in South Kingstown, RI.

“I am confident that the Patriots will hoist their 6th Lombardi Trophy this weekend when they face the Los Angeles Rams in the Super Bowl – or as I’m fond of calling it, the New England Invitational,” said Congressman Langevin. “As a life-long Rhode Islander, I have been fortunate to witness decades of greatness from our beloved New England professional sports teams. This season, the Patriots have dominated the competition again to return to the Super Bowl for the second straight year. I look forward to celebrating another big win for the Patriots’ dynasty on Sunday.”

“I will feel very sorry for Congressman Langevin when his team loses,” said Congressmember Bass. “I look forward to celebrating a Rams victory this weekend and I think I’m joined by almost everyone in this country outside of New England when I say that. On Sunday, Atlanta becomes the #RamsHouse.”

Both New England and Los Angeles enter the Super Bowl this weekend following thrilling overtime victories in their respective conference championship games. The two franchises have met once before in the big game, when the Patriots were crowned Super Bowl XXXVI champions in 2001, Langevin’s first year in Congress.

Bass Put Local Delicacies on the Line for this Sunday’s Super Bowl, Langevin