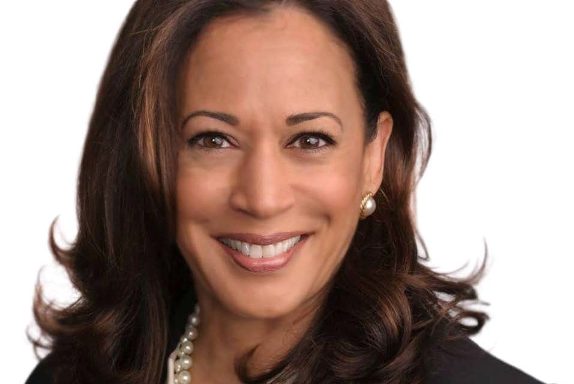 Harris, a daughter of immigrant parents from Jamaica and India, portrayed herself as a fighter for justice, decency and equality in announcing her candidacy in a campaign video and on ABC’s Good Morning America. Monday’s announcement coincided with the Martin Luther King, Jr. holiday, which recognizes the slain civil rights leader.

“They’re the values we as Americans cherish, and they’re all on the line now,” Harris said in the video. “The future of our country depends on you and millions of others lifting our voices to fight for our American values.”

Harris is a former attorney general in California, the Pacific rim state that has become the center of resistance to Trump’s four-year White House tenure. In Washington, Harris, two years into her six-year Senate term, has become known as a sharp questioner of Trump’s key appointments to his administration.

If the 54-year-old Harris is eventually successful, she would become the first woman U.S. president, the first of Asian heritage and the second African-American.

There is no clear Democratic favorite to oppose Trump, who said he would run for a second term as soon as he was inaugurated two years ago for his first. Trump has cited the country’s robust economy as a reason for his re-election, but with an often chaotic White House and voter approval ratings mired well below 50 percent he faces a daunting task to win re-election.

With Democrats sweeping to a takeover of the House of Representatives in last November’s congressional elections even as Republicans picked up two seats in the Senate, a long list of Democrats is lining up to seeking the party’s presidential nomination in an effort to oust Trump.

U.S. presidential campaigns are long drawn out affairs, with candidates announcing their intentions early, in order to raise campaign money and visit states with early party nominating elections and caucuses. The first Democratic presidential candidate debate is set for June, but the first voting is still a year away, in the rural, midwestern state of Iowa, followed soon after by contests in numerous other states.