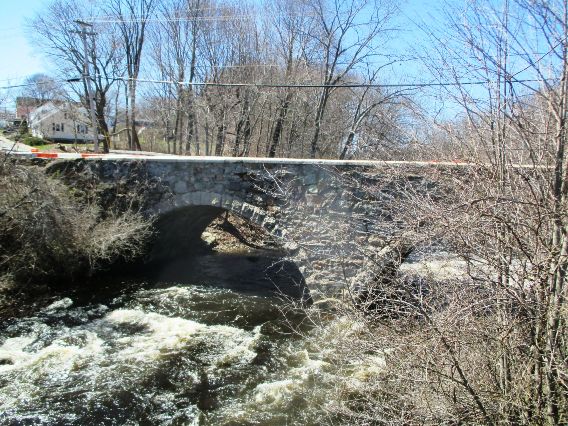 Rehabilitation of historic structure running several months ahead of schedule 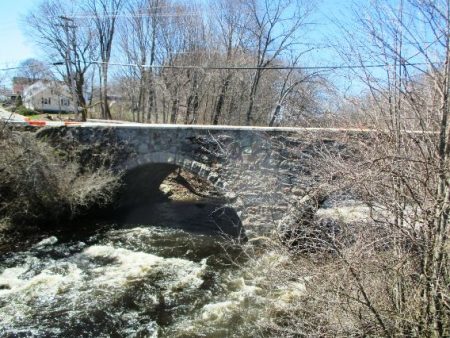 Rhode Island Department of Transportation (RIDOT) Director Peter Alviti, Jr. joined with state and local officials in North Smithfield today to celebrate the reopening of the historic Slatersville Stone Arch Bridge. The bridge reopened several months ahead of its originally projected schedule, and overall the project is on track to finish in the 2019 construction season.

The bridge, part of the Slatersville Historic District, is the oldest documented masonry bridge in Rhode Island, dating back to 1855. Deemed structurally-deficient since 2007, large trucks were not permitted to cross it. It was in such an advance state of deterioration that five years ago RIDOT had to close half the bridge with only one lane of traffic allowed to cross the bridge at time, causing traffic delays in the village

“This is one of the most historic bridges in our state, which unfortunately had been left to decay and adversely impact the Town of North Smithfield for years,” Alviti said. “Thanks to the Governor’s RhodeWorks program, we had the funding to not only fix this bridge, but preserve a unique piece of history in the Blackstone Valley.”

The project began in early 2017 and included two closure periods; a brief period from May through July 2017 and the most recent closure of about one year from January 2018 to its reopening on December 21, 2018.

RIDOT initially projected the closures would extend into the summer of 2019, but its contractor MIG Corporation was able to work through the winter of 2017/2018, saving significant time in the schedule. Given the multi-year project bridging two winter shut down periods, RIDOT forecast a spring 2020 completion. Instead, the project is on track to finish in 2019, shaving several months off the entire project schedule.

Gary Ezovski, Administrator for the Town of North Smithfield said, “The Town of North Smithfield applauds the restoration of normal traffic on the Slatersville Bridge. Beyond the detours, we have endured some inconvenience, but we didn’t lift the heavy precast concrete sections. We didn’t have to position and rive the piles or lug the jackhammer to cut through asphalt or concrete. Nor did we have to get into the freezing Branch River water just a couple of weeks ago to pull the sand bags that were diverting river water away from scaffolding. We thank everyone who worked on this project.”

The $13.5 million project addressed the structural rehabilitation of the bridge and historic preservation efforts, including rebuilding the historic stone walls on either side of the arch to mirror their original state. Behind the arch and on top of it, modern materials including precast concrete components were used rehabilitate the bridge to meet today’s standards to ensure safety and longevity while preserving the bridge’s historic features.

The project also includes repaving the roadway and building new Americans with Disabilities Act (ADA)-compliant sidewalks and railings that extend up the hill from the bridge, linking it to the center of the village and an existing memorial park.

While the bridge is now open to traffic, it will remain closed to pedestrians until the project wraps up later this year with sidewalk, decorative railing installation and final paving. Some of this work is temperature-sensitive and cannot be done during the winter months.