Mexico Demands US Investigate Use of Force Against Migrants 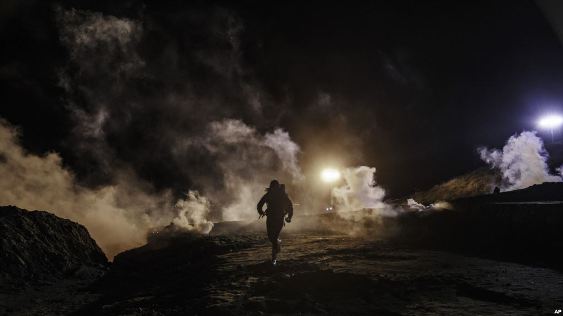 Mexico has formally asked the United States for an “an exhaustive investigation” into a Jan. 1 incident in which U.S. agents fired non-lethal weapons into Mexico to stop migrants from breaching the border.

In a statement released Thursday, the Mexican Foreign Ministry said it lamented any violent acts along its border and repeated its call for an investigation into a similar incident on Nov. 25.

Early on New Year’s Day, U.S. border agents fired tear gas and pepper spray across the border to stop about 150 migrants trying to breach the border fence near San Diego.

At the time, U.S. Customs and Border Protection said the migrants tried to climb over or crawl under the fence, but the agency said that the tear gas had been used against migrants throwing rocks, different from those trying to cross into the United States.

“No agents witnessed any of the migrants at the fence line, including children, experiencing effects of the chemical agents, which were targeted at the rock throwers further away,” the statement released Tuesday said.

The migrants trying to breach the fence are a part of the caravans that brought more than 7,000 Central Americans to the Mexican border city of Tijuana.

U.S. President Donald Trump and members of his administration have taken a hardline stance toward the Central American migrants escaping poverty and violence, telling his supporters at a rally that the migrants should turn around and go home because they will not be allowed into the United States.

He also deployed thousands of troops to the U.S.-Mexico border and is demanding Congress approve funding for his desired border wall.

There have been protests in Tijuana against the migrants, as well as clashes between the migrants and authorities from both Mexico and the United States as they protest the long wait times and some try to cross the border.