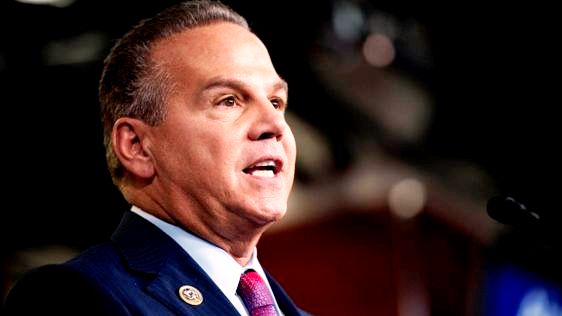 “Government at its best works for the benefit of all Americans, not just the powerful and privileged,” said Cicilline. “I am pleased that the House wasted no time today moving forward on these commonsense ideas. Requiring Members of Congress to take annual ethics training makes it clear that we are serious about rooting out corruption wherever and whenever it occurs. Banning Members from serving on corporate boards is a no brainer. And protecting the rights of LGBT employees is just the right thing to do. After years of Republican mismanagement, Democrats are going to get Congress working again.”

The implementation of Cicilline’s proposals came the same day the House elected Nancy Pelosi (CA-12) to serve as Speaker. The House considered and adopted a rules package that sets the terms of debate and day-to-day operations in the chamber for the next two years. The rules package includes Cicilline’s legislation to require members of the House to undergo annual ethics training, precludes them from serving on corporate boards, and ensures LGBT employees in the House can work free from discrimination.

For the past five years, Cicilline has introduced bipartisan legislation – the ETHICS Act – to require all Members of Congress to complete ethics training on a yearly basis. Despite multiple scandals that took place on their watch and dwindling public faith in Congress as an institution, the Republican majority repeatedly refused to even consider the legislation for discussion in a committee, let alone a vote on the House floor.

As a result of today’s vote, however, members of the House will now be required to complete annual ethics training that ensures they are aware of their obligations and responsibilities. Republican Congressmen Chris Collins (NY-27) and Duncan Hunter (CA-50), both of whom are under indictment on felony corruption charges, voted against Cicilline’s proposal, as did the majority of their colleagues in the Republican Caucus.

Cicilline also proposed a provision in the rules package that would ban Members from serving on corporate boards – Collins’s indictment raised new questions about this practice after it was alleged he used his office to benefit Innate Immunotherapeutics, a company whose board he was a member of. The successful adoption of this provision will help restore the public’s trust in Members of Congress legislating in good-faith, and not for their own wealth or the interests of corporations.

The rules package also included anti-discrimination protections authored by Cicilline that will ensure LGBT House employees are treated equally in the workplace. The new requirements closely mirror employment protections that Cicilline has introduced as part of the Equality Act – his bipartisan, comprehensive bill to extend anti-discrimination protections to all LGBT Americans. The House is expected to pass the Equality Act later this year.

Separate from the three proposals enacted today, Democrats are introducing H.R.1, an expansive bill to limit the influence of corporate spending in elections, expand the right to vote, and hold all government officials to the highest possible ethical standards. H.R.1 includes Cicilline’s Automatic Voter Registration Act, which requires states to automatically register any eligible voters in their jurisdiction, and the DISCLOSE Act, which Cicilline has introduced to bring corporate spending out of the shadows and require that shady political organizations disclose the names of their donors.

H.R.1 is expected to be considered by the full House in the coming weeks.