PENTAGON—Syrian state media report dozens of families have been fleeing the besieged city Aleppo after government forces opened a humanitarian corridor. The city had been sealed off for weeks as Syrian forces bombarded the city. U.N. officials and aid groups have demanded the Syrian government open routes to the city for aid deliveries, warning the estimated 300,000 people there are facing dire food shortages.

Meanwhile the U.S.-led coalition battling Islamic State forces has reported more airstrikes on a key city outside Aleppo, where militants have been fighting to retain control of the city center.

VOA’s Kurdish Service reports that fighting in the center of Manbij is continuing amid the airstrikes. An anti-IS militia is battling the militants in the city, street by street, as coalition forces tighten a circle around Islamic State’s stronghold in the city.

One fighter told VOA he saw the bodies of several militants killed in Friday’s clashes, which started in the afternoon and continued after dark.

Separately, the U.S. military is assessing a third allegation into civilian casualties caused by a coalition airstrike near Manbij.

Pentagon Press Secretary Peter Cook told reporters Friday that assessment of those claims is in an “early phase.” Rights groups claim about 25 civilians were killed by an errant airstrike Thursday, following two similar incidents that are already under investigation.

The Pentagon official said the military’s own internal reporting triggered investigation of the incident. He added: “We will continue to work hard every day to execute our mission, while doing our best to minimize the risk to innocent civilians, and to be transparent and accountable about those efforts.” 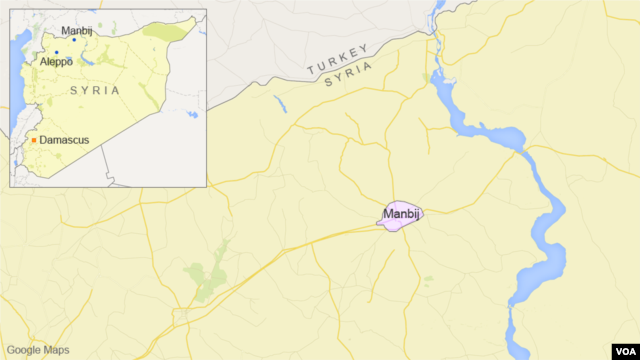 Although Syrian state media reported the Aleppo humanitarian corridor open on Saturday, U.N. officials have expressed skepticism that it will be useful while fighting rages on.

The special U.N. envoy for Syria, Staffan de Mistura, on Friday urged Russia to let the world body take charge of any humanitarian corridors in and around Aleppo, allowing civilians to escape the embattled city. Russia has proposed opening up four corridors – to be administered by Russian and Syrian government forces – to allow civilians and fighters willing to lay down their weapons to leave rebel-held eastern Aleppo.

But skepticism remains over the plan.

“How do you expect people to walk through a corridor, thousands of them, while there is shelling, bombing, fighting,” De Mistura said.

“The clock is ticking for the Aleppo population,” the U.N. envoy said, adding there is probably only enough food in Aleppo to last three weeks. “There is a strong sense of urgency, and that sense of urgency, I want to believe, was one of the reasons, if not the reason for the Russian side to come up with an initiative.” 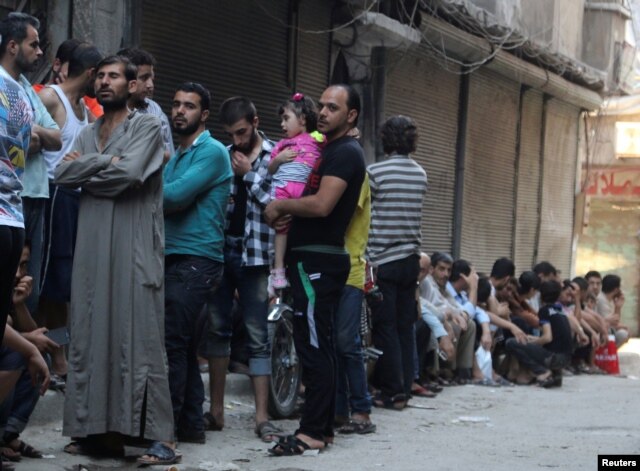 De Mistura echoed calls by the U.N. humanitarian aid chief, Stephen O’Brien, for a 48-hour humanitarian pause in the fighting to allow emergency deliveries of food and other supplies into Aleppo, which has been cut off by pro-government forces since July 17. He also praised a statement from the International Red Cross that welcomed the Russian proposal, but noted such corridors should have the “consent of all parties on all sides.”

De Mistura said he was awaiting clarification from Russian authorities on how the plan would work, while reiterating the U.N. position that no civilian should be forced to leave Aleppo.

A coalition spokesman announced Wednesday that the U.S. military was formally investigating claims that an airstrike in Manbij on July 19 killed between 10 and several dozen civilians. The military also is assessing whether avoidable civilian casualties occurred during a July 23 strike on a village east of Manbij. 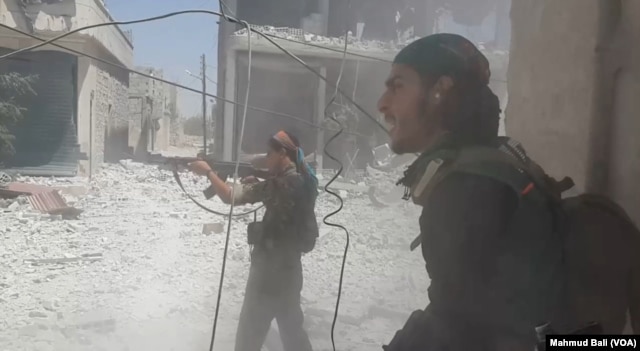 The coalition has conducted more than 520 airstrikes in support of the SAC push to reclaim Manbij from Islamic State fighters. Until now, the U.S. military has said its operations against Islamic State militants have resulted in 55 civilian deaths and 29 civilian injuries.

According to a U.S. Defense Department spokesman, there have been a total of 202 allegations of civilian casualties during operations against Islamic State, but only 59 of those have been deemed credible by the military.

Asked if the U.S. would stop conducting airstrikes until its investigations of the civilian casualty claims are complete, Cook told reporters that halting strikes would only leave local coalition-supported forces vulnerable to attacks by Islamic State extremists.