German authorities said that a patient shot dead a doctor and killed himself at a university hospital in a southwestern neighborhood of Berlin Tuesday.

Police had initially said that the doctor had received life-threatening injuries and was in intensive care.

The shots were fired Tuesday around 1 PM local time at Benjamin-Franklin Hospital in the Steglitz district, police said. Police said there was no indication of a “terrorist background” to Tuesday’s attack.

A series of attacks has rocked southern Germany in the past week. 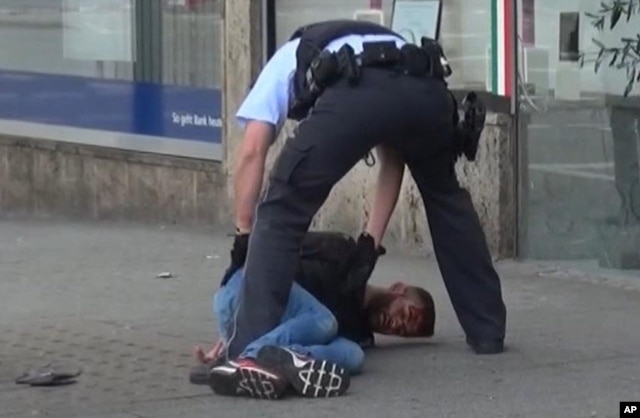 In this grab taken from video, police arrest a man in Reutilingen, Germany, July 24, 2016. A Syrian man killed a woman with a machete and wounded two others outside a bus station in the southwestern city before being arrested.

A Syrian asylum-seeker blew himself up outside a music festival and wounded 15 people in Ansbach on Sunday. Another asylum-seeker attacked and wounded four passengers on a train and a passer-by in Wuerzburg on July 18. Islamic State claimed both attacks.

Friday, nine people, most of them teenagers, were killed in a shopping center shooting spree in Munich by an 18-year-old German-Iranian with a history of psychological problems.

A Syrian refugee killed a 45-year-old Polish woman with a large knife Sunday at a snack bar in the southwestern city of Reutlingen, in what police said was likely a “crime of passion”.

The most recent attacks have prompted officials to call for stricter gun laws in Germany.

Some material for this report came from AP, AFP and Reuters.