WASHINGTON—Intelligence officials are taking a close look at what an American Islamic State (IS) fighter is telling Kurdish media; parts of his account raise as many questions as answers.

Mohamad Jamal Khweis, the 26-year-old from Alexandria, Virginia, spoke just days after he claims to have fled from the IS-held city of Mosul.

Kurdish forces saw him wandering near the northern Iraqi city of Sinjar Monday and fired upon him before he surrendered.

During the heavily edited version of the interview released by Kurdistan24 television, Khweis seems relaxed and, at times, smokes a cigarette, something he said is prohibited in the terror group’s self-declared caliphate.

“I made a bad decision to go with [a] girl and go to Mosul,” Khweis said in English. “I wasn’t thinking straight.” 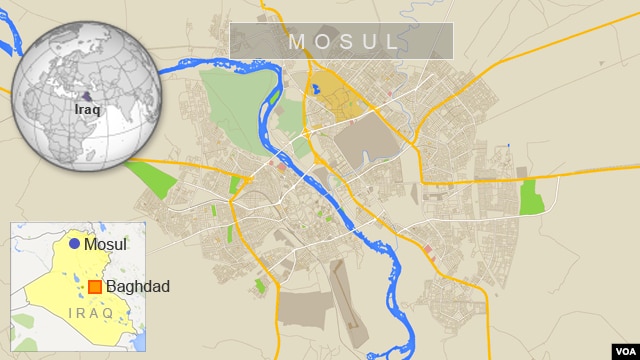 He described how the Iraqi girl, the sister of a woman married to an IS fighter, made arrangements for the fairly uneventful journey.

“First, we took a bus from Istanbul to a city, Gaziantep,” he said. “From there, a driver picked us up and took us to the border and then [we went] from Syria to Iraq.”

U.S. intelligence officials hope to learn more about Khweis’ travels and, if possible, to validate his accounts of IS, including information on foreign fighters in the Mosul area.

For now, current and former intelligence officials, as well as analysts, are approaching the account with caution.

“There are a ton of holes in his story,” said Daveed Gartenstein-Ross, a senior fellow at the Foundation for Defense of Democracies.

“The answers he is giving don’t appear to be satisfactory,” he added. “The question then becomes whether he’s lying, obfuscating, or just doesn’t want to talk about aspects of his story. And then the next question is why?” A driver’s license of an American identified as Mohamed Jamal Khweis, accused of being a member of the Islamic State group, who has surrendered to Kurdish Peshmerga forces in northern Iraq.

How did he get ID and cash?

One of the ‘red flags’ is Khweis’ account of his escape.

In the interview, he described how upon arriving in IS territory he was stripped of his identification papers.

Yet when Khweis surrendered to Kurdish forces, he was carrying his Virginia driver’s license, as well as a stack of what appears in photos to be U.S. $100 bills, Turkish money, debit and credit cars and three cell phones.

One former intelligence officer who watched the interview called that part of Khweis’ story – “magically getting his docs and cash” – odd.

“I’ve interviewed lots of people like that and if you don’t ask for details you don’t get them — get the old ‘every time frame is a week’ spiel and generic ‘went to a house’.” he said. “But odd from an educated person.”

Why was his escape so easy?

“What made him travel in the first place, not just to Mosul but the whole trip?” Skinner asked.

The ease of Khweis’ escape also raises questions given IS’s reputation for executing fighters and others who try to flee.

“About a month [after] I was there, I decided to return back home,” Khweis said.

“At first [a friend] said he could help me, but then he said it will be difficult to take me all the way to Turkey,” he said. “He told me he will take me close to Turkey’s border.”

According to his account, though, his escape from Mosul is seamless.

Another claim that has raised suspicions is his story about the Iraqi girl who escorted him from Turkey to Syria.

IS has long used the promise of women or brides to lure would-be foreign fighters. And intelligence officials have said IS does make use of unofficial networks, like family relations, to help bring in more recruits.

But the role Khweis described for the Iraqi girl is, at least, unusual.

“It’s surprising that ISIS would allow a woman who is not related to the recruit to travel with him alone,” said terror analysts J.M. Berger, a fellow with George Washington University’s Program on Extremism and co-author of ISIS: State of Terror. “It could also be a sign something isn’t right with this story.”

“It is very possible he was lured over through a network that used women – to alleviate suspicion of a single male or single female,” said ex-undercover Canadian security and counterterrorism operative Mubin Shaikh. “It does seem that she was indeed part of a network waiting for him.”

There is also Khweis’ journey from London to Amsterdam to Turkey, where he finalized his travel plans to Syria and IS territory.

And his description of the training and the array of foreign fighters is consistent with other accounts.

Khweis said he spent about a week at a house in Raqqa, spending time with “a lot of Asians, a lot of Russians, people from the surrounding area, like Uzbekistan,” as well as Egyptians, Moroccans and Algerians.