Law enforcement officials had surrounded the Malheur National Wildlife Refuge on Wednesday after a violent confrontation the day before with protesters who had been occupying the wildlife refuge in the northwestern state of Oregon for nearly a month.

U.S. authorities on Tuesday killed one protester and arrested eight others who had been demanding that control of the federal land be turned over to local officials.

Harney County Sheriff David Ward told reporters he was disappointed that the confrontation “ended badly” with the shooting, saying, “It didn’t have to happen.”

Ward and other authorities vowed to end the siege peacefully at the refuge, where one demonstration leader said another five or six people remain. 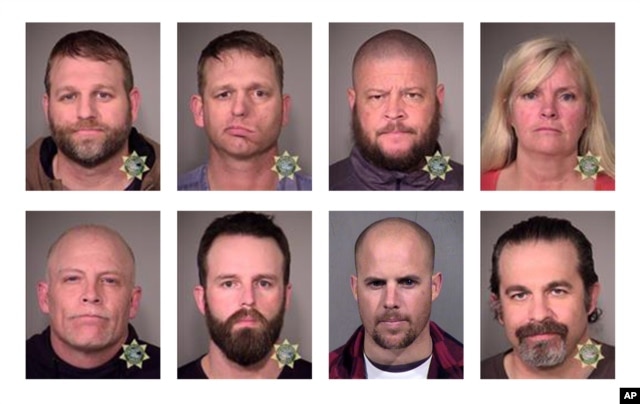 Protest leader Ammon Bundy and several of his followers were headed to a community event away from the refuge headquarters Tuesday when the shooting occurred as police stopped their vehicle at a checkpoint. Bundy was among those arrested, with a  rancher from the southwestern state of Arizona, Robert Finicum, killed during the confrontation.

Authorities said those arrested will face charges they conspired to impede U.S. authorities from carrying out their official duties through the use of force, intimidation or threats.

For much of the time since the standoff started in early January, law enforcement officials have kept a low profile near the refuge, mindful of protests in years past that sometimes ended in large-scale violence.

The protesters originally took over the Malheur refuge to protest the jailing of two local ranchers who were convicted of arson. But the Malheur protest continued even after the ranchers were imprisoned peacefully.

Some residents near the refuge had called for authorities to end the protest. They said that they, too, oppose federal control of the remote lands, but also objected to the refuge takeover. Some of the protesters who seized the site came from other states. 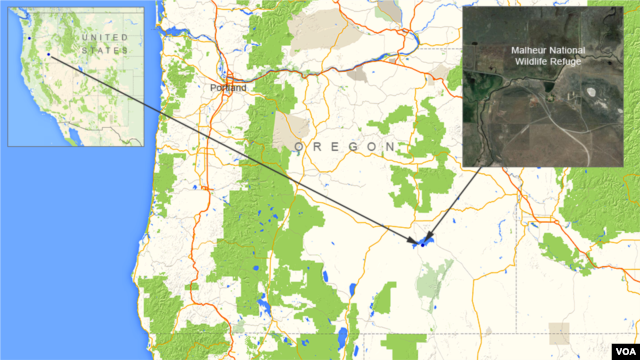 Bundy and his brother Ryan, who also was arrested, are the sons of anti-government Nevada rancher Cliven Bundy. The elder Bundy was involved in a high-profile 2014 standoff with the government over grazing rights.

The refuge standoff began Jan. 2 when Ammon Bundy led a group of supporters in seizing the site.  They complained about the way the federal government manages the land it owns and called for transferring it to local control.