Donald Trump, the leading Republican contender in the 2016 U.S. presidential race, says he is boycotting the last candidates’ debate before next week’s first election contest in the farm state of Iowa.

Trump, the billionaire real estate developer who has surged to the top in surveys of Republican voters, said he will skip Thursday’s debate, just four days before the Iowa party caucuses because he does not feel he would be treated fairly by one of the moderators, Megyn Kelly of Fox News. 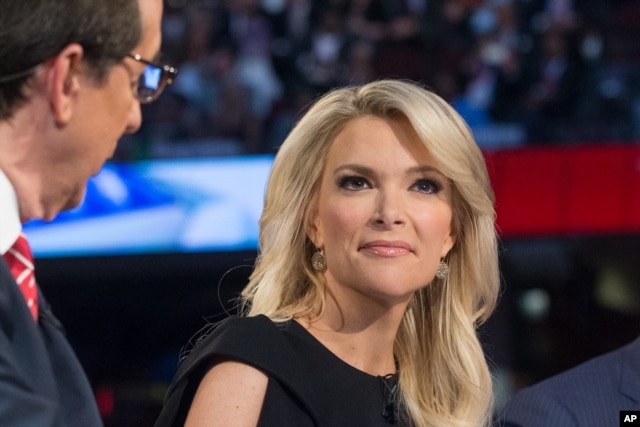 The flamboyant Trump, a political novice, has been feuding with Kelly since August, when, during a debate, Kelly asked Trump to explain why he had made denigrating comments about women over the years. In the days that followed, Trump suggested that Kelly was menstruating while moderating the debate, drawing the ire of many Republicans and Democrats, women and men alike.

In the lead-up to Thursday’s debate and the first-in-the-nation Iowa vote, Trump called for Fox to drop Kelly from the debate stage, but the network said it would not bow to his demand and that he would be treated fairly.

On Tuesday, in the hours before he dropped out of the debate, Trump said that a “wise guy press release” from the network mocking him was inappropriately antagonistic and childish.

Fox, in a tongue-in-cheek statement, said network officials “had learned from a secret back channel that the Ayatollah [Iran’s Supreme Leader] and [Russian President Vladimir] Putin both intend to treat Donald Trump unfairly when they meet with him if he becomes president.”

Instead of appearing on the debate stage, Trump said he would hold a separate campaign event to raise money for wounded U.S. veterans.

With the unpredictable Trump at the center of attention, the Republican presidential debates have become must-see television for millions of people in the United States. By dropping out of Thursday’s event, the 69-year-old Trump, a long-time New York developer, casino magnate and former reality television show host, ensures he will still be at the forefront of political analysis. Whether his supporters or undecided voters in Iowa care about him dropping out is unknown.

Trump accused Fox and other networks that have carried the Republican debates of taking advantage of him by boosting their advertising rates for the half dozen debates that have been held.

“Why should the networks continue to get rich on the debates?” Trump told reporters Tuesday. “Why do I have to make Fox rich?”

Shunning a high-profile event just days before voters head to the polls is unheard of in U.S. politics. While holding a commanding lead in national surveys, Iowa polls show he is locked in a tight contest in the central U.S. state with a conservative firebrand, Texas Senator Ted Cruz, who immediately challenged Trump to a head-to-head debate.