A new opinion poll suggests that Americans place a higher priority on protecting the rights of Christians than that of other religious groups.

Eighty-two percent of respondents said it was “extremely or very important” that Christians be allowed to practice their religion freely, according to the survey published by the Associated Press-NORC Center for Public Affairs Research.

When asked the same question about Jews, the figure dropped to 72 percent. Asked about Mormons, it was 67 percent. And about Muslims, the figure plunged to 61 percent.

The survey found 54 percent of Americans believe it is sometimes necessary for the government to sacrifice freedoms to fight terrorism. Forty-five percent disagreed with that statement.

More specifically, 56 percent of respondents said they favor warrantless government monitoring of Internet activities and communications, even if it means spying on U.S. citizens. Only 28 percent said they oppose such spying. 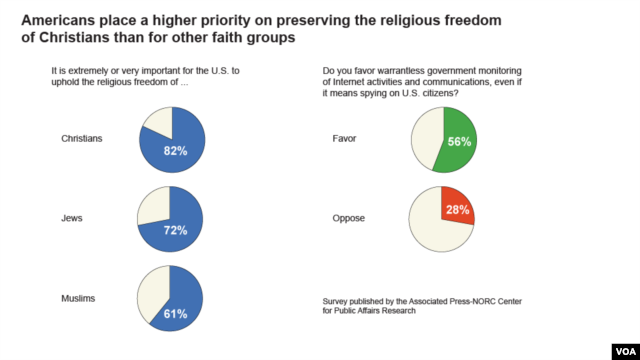 But according to the poll, public concern seems to now be shifting toward security, following the rise of the Islamic State group and the recent high-profile Islamist-linked attacks in France and California. 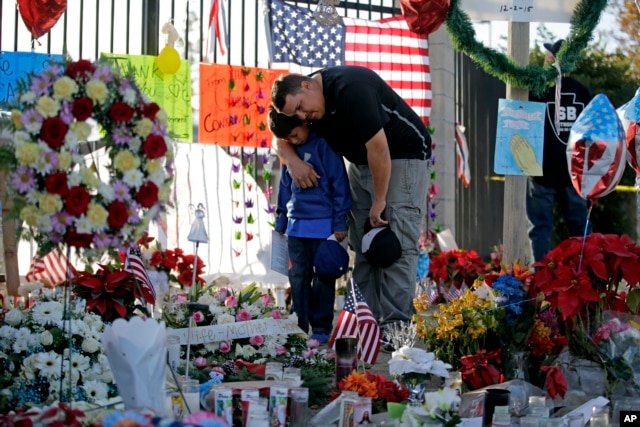 Twenty percent of Americans now say they are a great deal or somewhat concerned they or their family members could become a victim of a terror attack, according to the poll. That is twice as many as when the same question was asked three years ago.

But Republicans appear to be more concerned specifically about the threat of Islamic extremists than are Democrats. Sixty-seven percent of Republicans are at least somewhat concerned about Islamic terrorism, compared to just 47 percent of Democrats.

« NASA: US Could Feel El Niño’s Effects in Early 2016
Report Says US Spied on Israel During Iran Negotiations »