Washington’s Functionality to Be Tested in 2016

WASHINGTON—Americans witnessed a rarity at the end of 2015: a functioning Congress that enacted major legislation with bipartisan support. For 2016, Republican leaders in both chambers are promising a return to the traditional legislative procedures under which Congress operated decades ago – an intention that will be tested in an election year.“I feel good about what we’ve been able to accomplish in just a few short weeks,” said House Speaker Paul Ryan before Congress adjourned for the remainder of the year. “And I feel very good about where we are going in the next year.”

From funding the U.S. government to upgrading America’s overburdened highways to boosting the nation’s cyber security, the Republican-led Congress passed a flurry of bills that President Barack Obama, a Democrat, enthusiastically signed into law.

“When the American people elect divided government, they are not saying ‘don’t do anything.’ They are saying, ‘look for the things you can agree on,’” McConnell said. 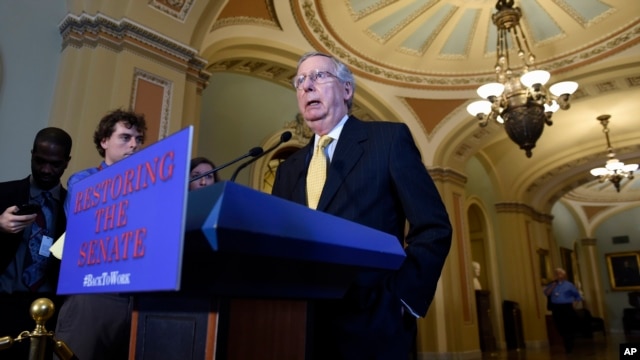 Democrats, who lost their Senate majority in 2014, claimed some of the credit.

“If you see a candidate who Washington embraces, run and hide,” said Senator Ted Cruz at a recent campaign event in Alabama. “If you think Washington is fundamentally broken, that there is a bipartisan corruption of career politicians in both parties that get in bed with the lobbyists and special interests and grow and grow and grow Washington… that is what this campaign is all about!”

Such barbs have not weakened the resolve of Republican congressional leaders.

“As Congress works in the new year, I want to make sure that we get back to what is called ‘regular order’ so that we have a system that operates like the founders intended,” Speaker Ryan said.

Ryan’s plan is getting a favorable initial reaction from Democrats. 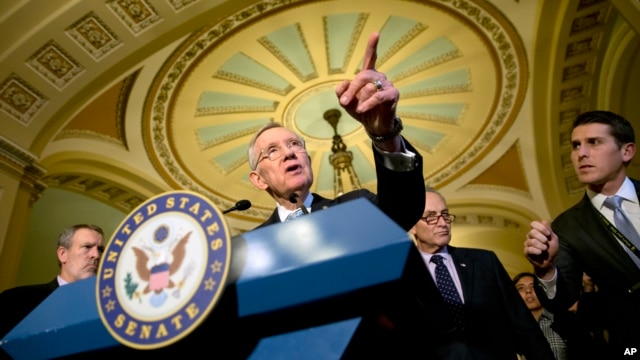 Congress just passed a mammoth, catch-all federal spending bill, known as the Omnibus, that will keep the U.S. government funded through September 2016. Such bills have been the norm for the last two decades. Before then, congressional committees commonly passed individual spending bills that received separate floor votes in both chambers.

McConnell said a return to that practice would allow Congress to better fulfill its fiscal duties.

“This big bill we just passed was $1.1 trillion (of spending) in one bill. That’s not the way to do business. And so we are going to try our best not to end up in that situation again,” he said.

McConnell will need help from Democrats, who have designs of their own for next year.

“We can only hope that our Republican colleagues will be as cooperative a minority as we were this year when Democrats take back the Senate in 2016,” said Democratic Senator Chuck Schumer.

Republican leaders aim to keep that prediction from coming true, and see a functional Congress as key to that goal.