Military officials in Iraq say they have raised the national flag over the main government compound in Ramadi, seven months after Islamic State militants captured the capital of Anbar province.

Iraqi military leaders, however, conflict in their assessments of success in the western city. Brigadier General Yahya Rasool announced on state television Monday that Ramadi had been “liberated.” However, the head of military operations in Anbar, General Ismail al-Mahlawi, said parts of the city remain under IS control.

There have been no reliable casualty reports, and it remains unclear how many civilians are in central Ramadi, 100 kilometers west of Baghdad. An Iraqi spokesman has said most residents had taken shelter at a nearby hospital. 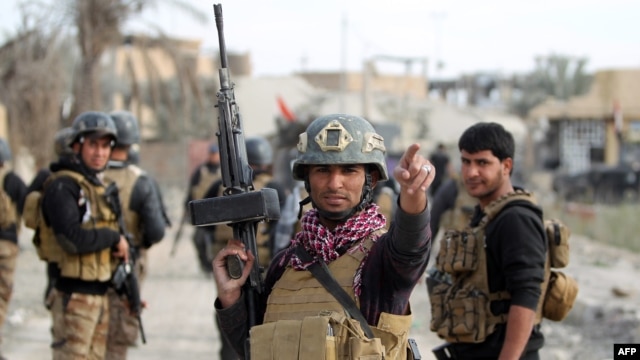 The U.S. military said it carried out at least 29 airstrikes on IS targets in the past week; three airstrikes hit near Ramadi from Sunday into Monday, wounding 12 IS fighters.

Gen. Abdel Ghani Al Assadi says that his men made sacrifices and many gave up their lives in the bitter battle against Islamic State, which hit them with car bombs, mines and by rigging buildings. 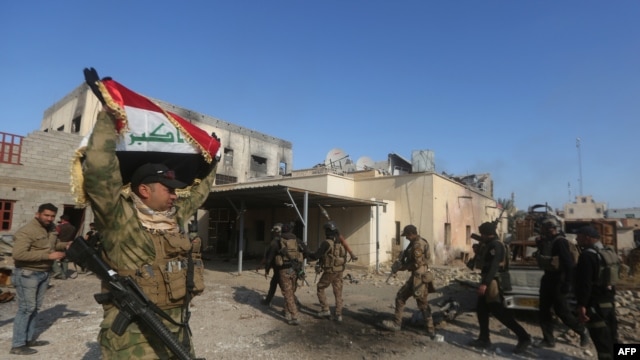 A member of the Iraqi security forces holds an Iraqi flag near the Anbar province police headquarters building in Ramadi, Iraq, Dec. 28, 2015.

“Ultimately, for Sunni residents to come back, they need to feel that there is a force there that will protect their interests. (That) there’s no victor’s justice. … All these other things we’ve seen in the past in other liberated cities, and there are a huge number of different armed groups operating under different flags in Iraq at the moment, and that’s not good for a united Iraq,” he said.

Iraqi commanders now are setting their sights on retaking Iraq’s second largest city of Mosul from IS.

Ed Yeranian contributed to this report from Cairo