Iraqi Troops Close in on IS Fighters in Battle for Ramadi

Iraqi troops closed in on Islamic State fighters Wednesday in central Ramadi, where they are trying to retake the city they lost seven months ago and further shrink the IS “caliphate.”

In the second day of a major offensive, forces led by an elite counterterrorism unit pushed toward the government complex in Ramadi, capital of Iraq’s Anbar province.  Several hundred IS fighters are believed to have barricaded themselves in the city center.

“The army is moving slowly into the city to take over government buildings,” Iraqi Lieutenant General Anwar Hama Amin said.  “There are a lot of booby-traps (planted by IS), so this is slowing down the liberation process.  But once government complexes are controlled, the rest of Ramadi will easily be liberated.”

“Many people have managed to flee,” Khashi said.  “But those who couldn’t are currently been used by IS to deter Iraqi forces and international coalition warplanes from targeting IS bases inside Ramadi.”

Iraqi military officials say government forces expect to be in control of Ramadi in a few days. 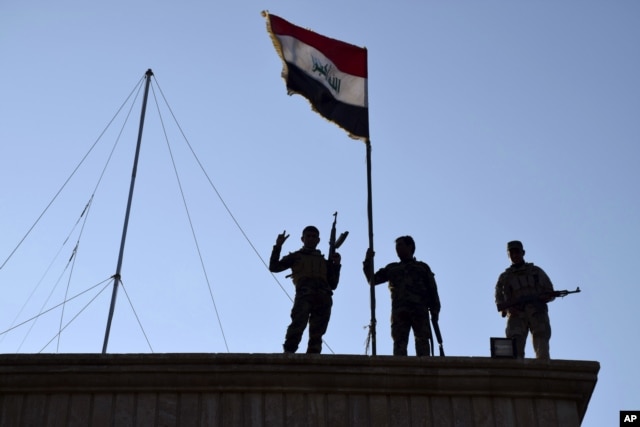 A spokesman for the U.S.-led coalition that is backing Iraqi troops with airstrikes against Islamic State targets, Colonel Steve Warren, was more cautious in assessing the mission, saying Tuesday that while recapturing Ramadi was “inevitable,” it would be a tough fight and take “some time.”

He said there were believed to be between 250 and 350 militants in the city and several hundred more in nearby areas.On Tuesday, Iraqi forces said they made the most significant incursion into Ramadi since it fell to IS terrorists in May.

Coalition warplanes have been targeting Ramadi for several weeks with dozens of airstrikes, including targets on the outer edges of the city on Tuesday.  Warren said those strikes continue to show Islamic State fighters that they have nowhere to hide.

The loss of Ramadi in May was a major setback for the Iraqi government and the army.  The effort to retake the city located 100 kilometers west of the capital, Baghdad, has taken months with fighting on the outskirts and work to cut off militant supply lines running into Ramadi. 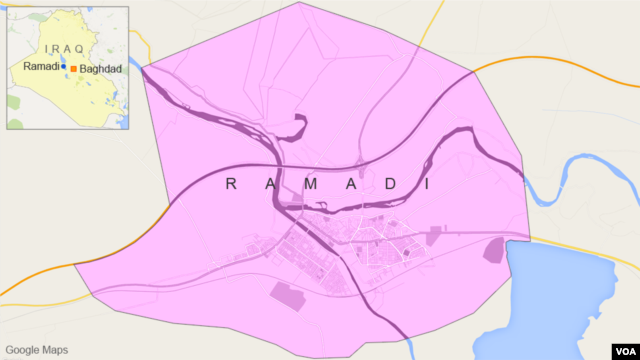