WASHINGTON, DC—U.S. presidential candidate Ben Carson threatened Friday to leave the Republican Party if there are signs that the nomination process is being manipulated.

The retired neurosurgeon criticized party leaders following a published report that senior Republicans have privately met to discuss a “brokered convention.” The two main parties select their presidential candidates through a state-by-state process in which voters choose their preferred candidates. But if at the end of the process no candidate has a majority, delegates to a nominating convention can engage in backroom deal-making.

‘Will of the voters’

“If this was the beginning of a plan to subvert the will of the voters and replace it with the will of the political elite, I assure you Donald Trump will not be the only one leaving the party,” Carson said in a statement released Friday that referenced Trump’s repeated threats to leave the GOP if treated “unfairly.”

“I pray that the report in the [Washington] Post this morning was incorrect,” Carson added. “If it is correct, every voter who is standing for change must know they are being betrayed. I won’t stand for it.”

According to media reports, the Republican leaders also discussed how to deal with business mogul Trump’s rise to the top of most Republican polls. 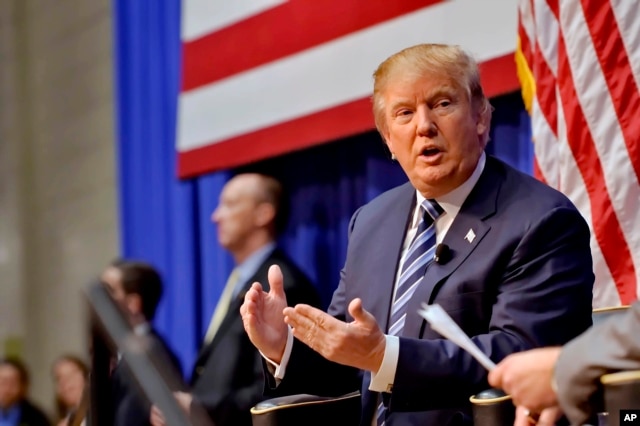 The Republican National Committee did not immediately respond to questions about the meeting and Carson’s threat.

Spokesman Doug Watts said Carson was appalled at reports suggesting that Republican leaders were trying to manipulate the party’s presidential nominating process. He acknowledged that Carson, like Trump and the rest of Republican field, signed a pledge not to launch a third-party bid.

“The pledge isn’t meaningless,” Watts said. “But he signed the pledge based on everybody playing by the rules.”

While unlikely, the possibility of a brokered convention is a common topic of conversation for political operatives examining the turbulent 2016 election season.

The last time a brokered convention played out was in 1976.

Anti-establishment candidates like Carson and Trump would be at a disadvantage in a brokered convention, where the party’s established leaders could unite behind a more mainstream candidate.

Analysts say a third-party run by either Carson or Trump could siphon votes from the party’s nominee, making it difficult for the Republican nominee to win the general election.

Carson has recently slipped in the polling, leaving Trump the front-runner in most Republican primary polls. In the Democratic presidential nominating race, former Secretary of State Hillary Clinton has opened a wide lead over Senator Bernie Sanders.

Some information for this report came from The Associated Press.