Facebook CEO Mark Zuckerberg and his wife Priscilla Chan introduced their new baby daughter to the world Tuesday along with a $45 billion initiative to improve the lives of those in her generation and those that follow.

Presented as a letter to Max, who was born last week, Zuckerberg and Chan said they will give away 99 percent of their Facebook shares during their lifetimes.  The focus at first will be on “personalized learning, curing disease, connecting people and building strong communities.”

“We believe all lives have value, and that includes the many more people who will live in future generations than live today,” they said.  “Our society has an obligation to invest now to improve the lives of all those coming into this world, not just those already here.”

The couple will take their time in distributing the funds.  Facebook said in a filing with the U.S. Securities and Exchange Commission that Zuckerberg plans to sell or give away no more than $1 billion worth of stock each year for the next three years.

“Our hopes for your generation focus on two ideas: advancing human potential and promoting equality,” Zuckerberg and Chan said in the letter.

They describe “pushing the boundaries” of human life, from living longer lives and a more connected world to protecting the environment and cultivating entrepreneurship.  The couple said with the right investments, their daughter’s generation can eliminate poverty and hunger, provide basic healthcare for everyone, foster peaceful relationships between people in all nations and “truly empower everyone.” 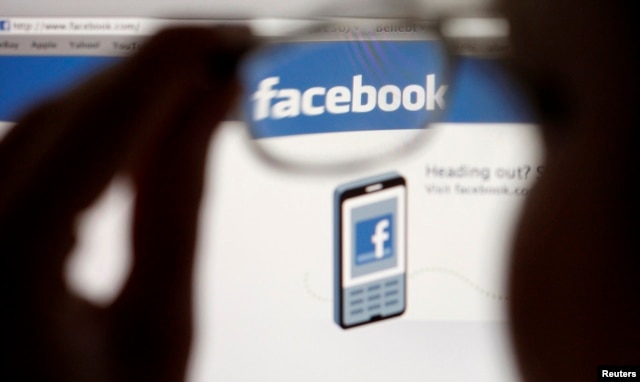 FILE – Facebook logo on a computer screen is seen through glasses held by a woman.

“Many of the greatest opportunities for your generation will come from giving everyone access to the Internet,” they said, noting that more than half the population right now does not.

Billionaire and former New York City Mayor Mike Bloomberg congratulated Zuckerberg, saying the move will benefit people all over the world and set an example for others in his generation who are in a position to give as well.

“The only question now is: How many of his peers in Silicon Valley and beyond will join him?” Bloomberg said in a statement.

Zuckerberg and Chan, as well as Bloomberg, are part of an initiative called The Giving Pledge where billionaires pledge to give more than half of their wealth to charity.  Others who have made that promise include Bill and Melinda Gates, Warren Buffett, Elon Musk, and Richard and Joan Branson.

Facebook was founded in 2004 and has since grown into a company that reported $4.5 billion in revenue in its latest quarter.  The company says more than 1 billion people go on Facebook every day, and that more than 80 percent of them live outside the United States and Canada.

« Kerry: Iraq Briefed on US Plan to Strike at Heart of IS
Officials: Many Victims in California Shooting »