NEW YORK—Adele beat all comers on the U.S.Billboard 200 album charts on Monday with a record-breaking debut for “25,” leaving other top acts like Justin Bieber and British boy band One Direction looking like also-rans.

The British songstress sold 3.48 million copies in the first week of release for “25,” making it the biggest-selling album of 2015 and the only album to surpass 3 million sales in one week since Nielsen began tracking sales in 1991, Nielsen Music said.

Adele’s success pushed Bieber’s “Purpose” into second place, with 290,090 sales in its second week, while One Direction had to settle for third with sales of 108,445 units of its release “Made in the A.M.,” also in its second week.

Sales of “25” comprised 41 percent of all U.S. album sales last week, Nielsen said. Adele’s Grammy-winning 2011 album “21” also saw a boost, rising to ninth place on the Billboard 200 from 25th the week before. 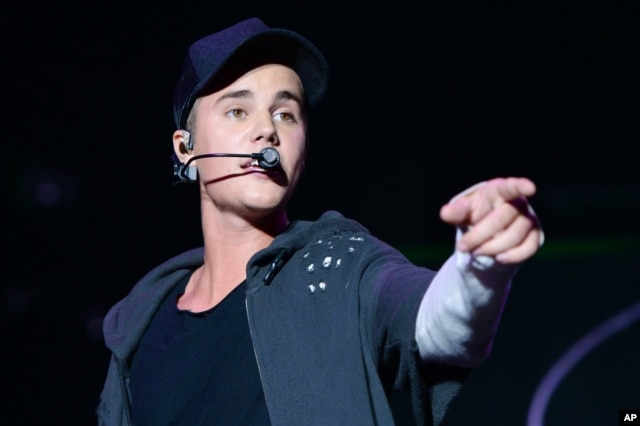 But Bieber had the upper hand on the Digital Song charts, which measure online download sales. His single “Sorry” unseated Adele’s “Hello,” for the top spot, five weeks after both were released. The Canadian pop singer’s “Love Yourself” also took the No. 3 spot ahead of Adele’s new single “When We Were Young.”

The only other Top 10 newcomers to the Billboard 200 charts were American rapper Jadakiss, whose album “Top 5 Dead or Alive” debuted at No. 4 with just over 66,000 sales, and Irish singer Enya’s comeback album, “Dark Sky Island,” which landed at No. 8 with 47,700 units sold.